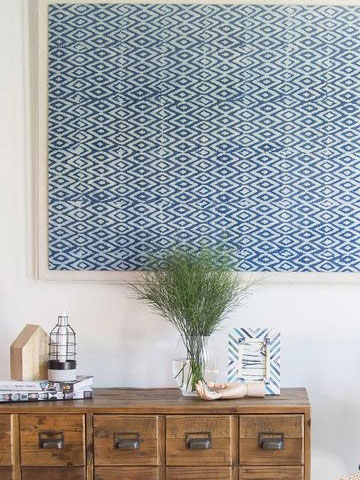 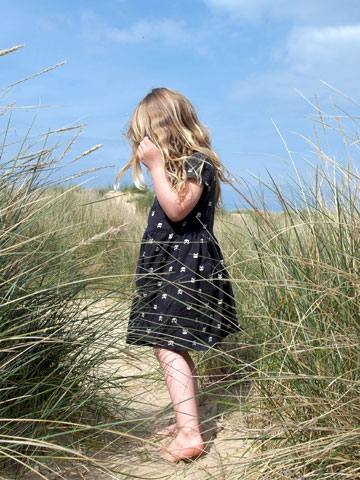 Sometimes I am a great cook. This normally involves an excellent recipe from the likes of Jamie, Nigella or Delia and quite a lot of sweat and tears (most likely my husbands as I am the worlds MESSIEST cook). On an average day I like to make a quick dish that is nutritious, fresh and yummy. Pasta is a staple in our house, ask D on any given day what she wants to eat and I can guarantee you that will be the answer. Tonight we had this delicious pasta dish created from, well just what we had in the fridge (luckily we always have lots of nice veg in stock!) and I thought I would share it with you.

First pan fry and season the chicken for a few minutes until it has turned white (not too long) then throw in your chopped up pepper, cook for a further 5 mins. You will then need to add your asparagus to the pan and cook for another 5 mins. Pour some milk into the pan to make the base of the sauce, not too much just enough to create the right amount of sauce you desire. To thicken this up you need to add 1 tbsp of flour, keeping stirring until all the flour is dissolved and your sauce is thickened to the right consistency. You then need to grate in some fresh Parmesan to taste, normally a handful is enough. In a separate pan quickly dry fry your Parma ham until it goes crispy. Dish up the pasta, followed by the sauce and sprinkle on the Parma ham and enjoy!

This Christmas was one of firsts. The first in our new house, the first as aunty and uncle, the first we didn’t eat at my mums. It was also our first Christmas as parents of a child.

D is no longer a baby and at 2 years 4 months old she is growing up. This year she learnt about Santa, the nativity (her baby JoJo was rechristened, Jesus) and what Christmas is all about. Christmas as a mummy then took on a whole new perspective. My number one job was to make sure the magic of Christmas, the magic I have always felt at Christmas time was passed on to her. This was a tall order.

Christmas has always been my favourite time of the year. For me it was never about the presents but the warmth, the family time, the cosiness, the lights and the pretty decorations (I have always been a sucker for anything sparkly). All these things come free don’t they? (well minus the pretty decorations, especially if you love the Gisela Graham ones as much as I do!) It can’t be hard to recreate, can it?

Within a week of moving house, we had decorated the tree together. I say together, little D decorated the bottom layer and I the rest. In among the moving boxes stood a perfect little tree, glistening. We lit the open fire and hung the stockings strategically over the fireplace. That was as far as our decorating would stretch this year. But it felt just a little bit magical. Ok the decoration bit came easy, now for the rest.

And here was where I began to struggle. Santa. How to present the magical man? Tricky stuff. It all started when we saw 2 santas at the bus stop. Try explaining to a curious 2 year old why Santa is taking the bus instead of his magical sleigh and why there are 2 of them. Ugh. I did my best uttering something about some people dressing up as Santa. Was that the right thing to say? God this was hard!

Her first face to face encounter with Santa was eagerly anticipated (I’d obviously done a good job of painting him in a favourable light.) We went to the village party where surely enough Santa appeared through the chimney to deliver presents to the good girls and boys. Little D spent the entire time saying “Santa is it my turn? I’ve been such a good girl” and I spent the entire time worrying they hadn’t added her name to the list as we had just moved in to the village and her dream of Santa would be shattered when he didn’t have a present for her. Luckily he did. Phew. She was thrilled and a huge smile of joy spread all over her little face.

It went a little pear shaped when Santa had finished his work and she wanted to ask him a question. He didn’t hear her and walked away. Disappointed she turned back to me “Mummy, he didn’t hear me”. I could tell she was thinking, hmmm this Santa doesn’t seem so magical after all. Deaf bastard (that was me thinking that!) Note to self: Do not swear in your blog or insult deaf people (I really didn’t mean it like that, mum) or your hard of hearing mother will complain. When I suggested we could see Santa again the following week she declined the offer, she wasn’t that bothered.

And then there was the presents and my well meaning family asking what we wanted for Christmas, what I was getting for so and so for Christmas, every day in December. Honestly by the 25th I got so sick of my own voice saying “shhhhhhhh you mean SANTA”, “what is SANTA bringing?”, “thank you S.A.N.T.A.” If my parents were as crap at keeping this Santa malarky under wraps as they are now we must have been really, really stupid as kids.

Anyway I think I might have tried too hard. She wasn’t that bothered about Santa. He wasn’t much to write home about. She wasn’t even that bothered that he had bought her lots of presents. It was pretty much a day like every other. As long as she had her family around her, playing with her, chatting with her, cuddling with her and she had something to eat, she was happy. Just like every other day. So I guess the lesson is love, family time and magic is for life, not just for Christmas :)

It’s been a busy few weeks. Actually that is a major understatement. We’ve moved house, welcomed a beautiful new baby (my sisters) all while organising Christmas (wouldn’t it be great if Santa were real?) and keeping life and routines carrying along as normal (ish). This year I decided I’d like to craft some homemade presents too, I don’t like to make it easy for myself, do I? To honour our first baby boy in the family, Levi Jack Turner, I decided to make a word frame for him full of things that little boys love! What do you think?

This is one of my girly word frames that I made for my daughter a little while ago. I custom make these for little boys and little girls, complete with all the things that they love! A very personalised, fun addition to their room. For more information feel free to send me an email or check out my shop in 2012!